The Parish room was built in Birchanger Lane next to The Three Horseshoes Pub. It was a simple structure probably using bricks from the brickyard where Highview now stands.

It was never really intended as a habitation it was built to give the people of the village somewhere to meet. In the 1881 census it is listed as "Uninhabited", the parish magazine of 1894 tells us that the building was being used for Mothers Union meetings, for church meetings and for a Boy's club. It is certain that the Working Men's Club was also conceived and planned here.

When the Church Hall was built in 1935, the Parish room found itself without a use and it was sold as a small house, acquiring a white rendered finish that was removed in the 1990's to reveal the original brickwork again. It was really too small a building for human habitation in the 21st century and was scheduled for demolition in 2004. 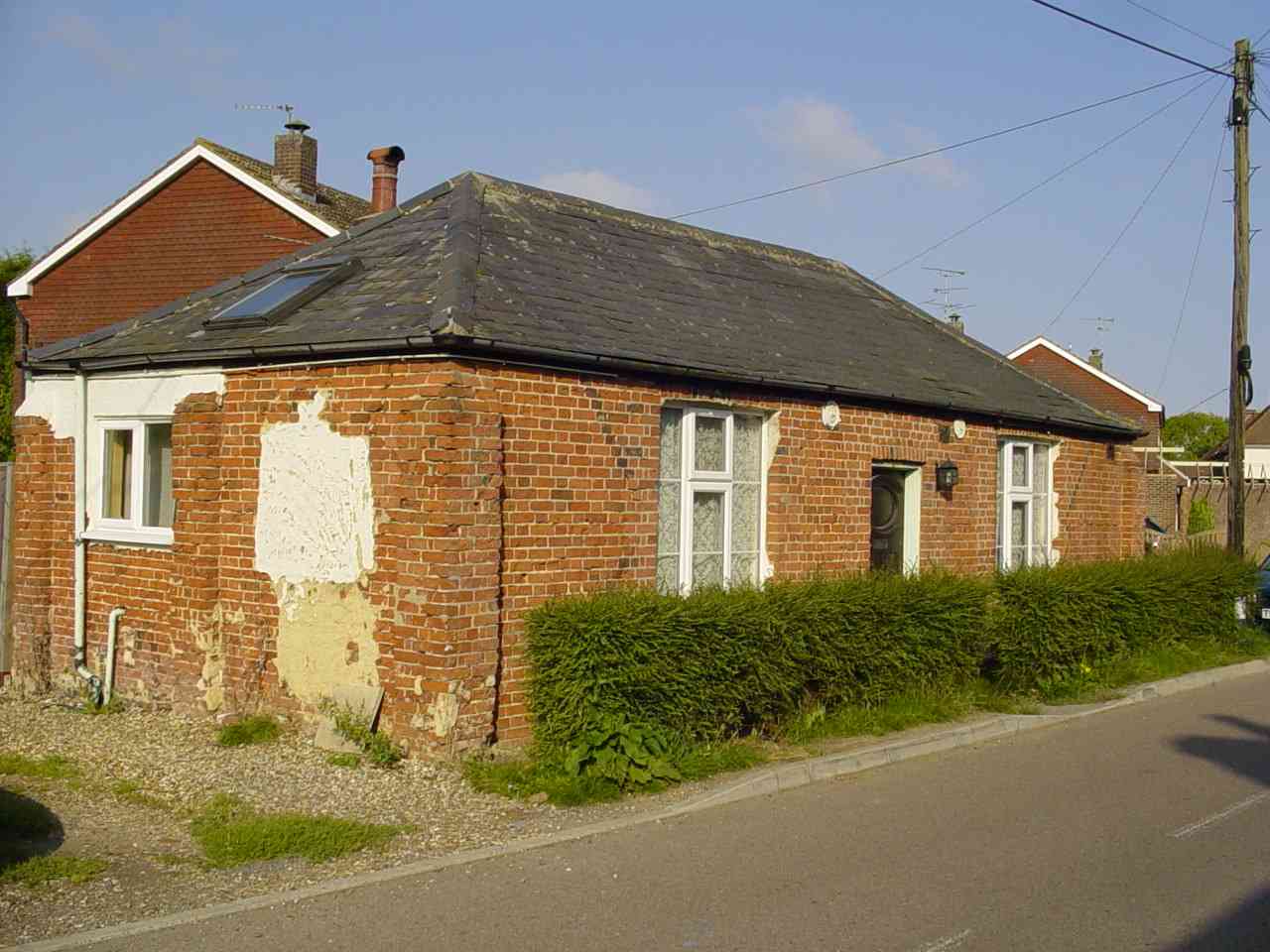 View from the South showing the last remnants of the white rendering that the house wore in the 1950's until the 1990's. 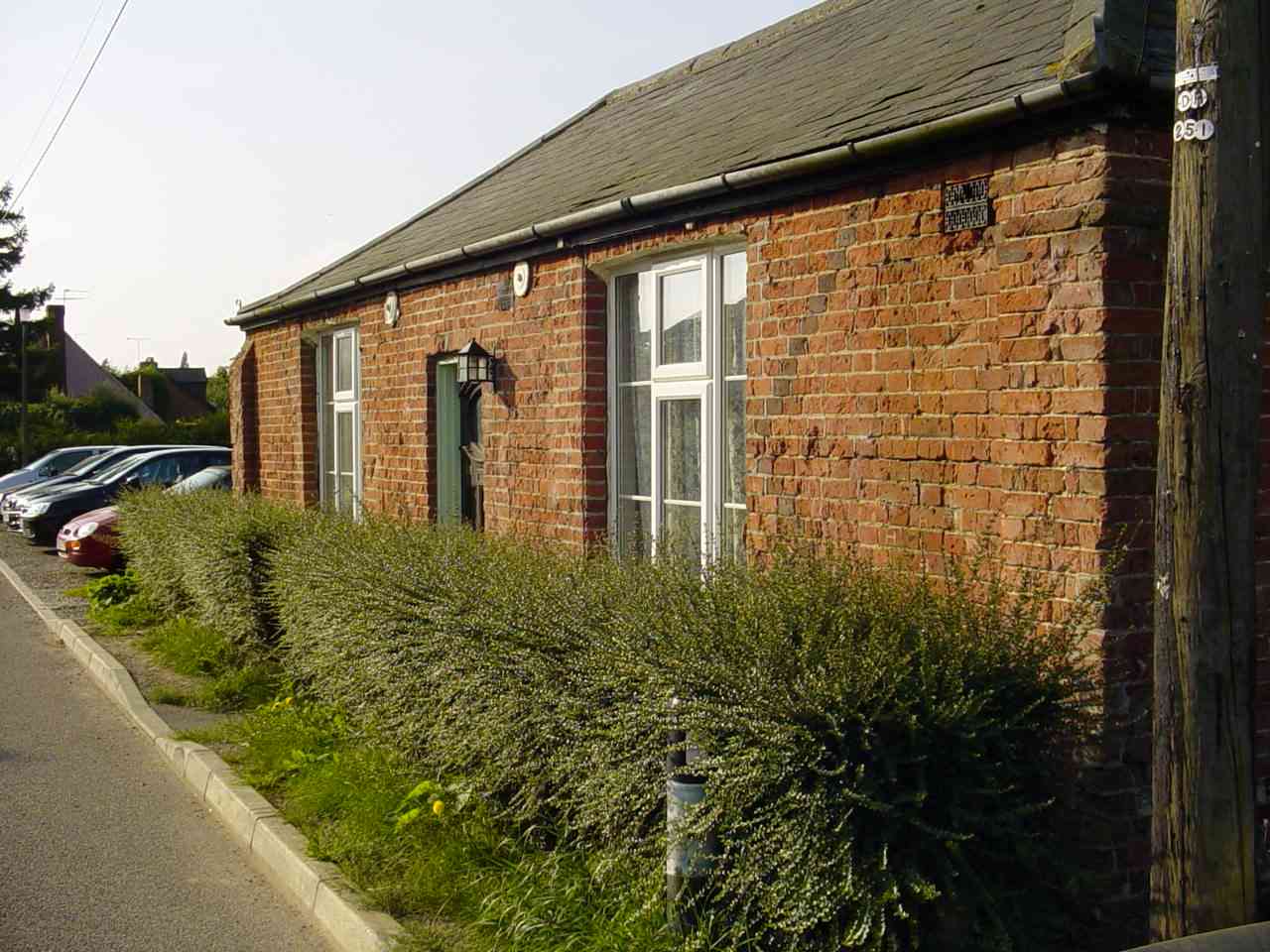 A view from the North

The Parish room showing its proximity to the Three Horseshoes.

To Return to the Birchanger HomePage